"In my work with Stacey Spencer, I have found her to be a remarkable professional who has exceptional skills in motivating and communicating with students." - June J. Higgins

“Stacey is a polished professional who has the ability to captivate an audience. She is an exemplary role model for young people.” - Barbara Wine

“I can give you some adjectives that best describe her; Genuine, Motivated, Spirit-Filled, Knowledgeable, Serious, Caring and Capable.” - Nikita L. Gibbs 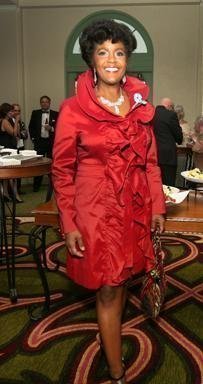 Stacey Spencer graciously uplifts the spirits in what she calls “The Most Powerful 10 Minutes of Your Life!” Through a meaningful web of words woven into the hearts and minds of audiences young and old, Stacey re-emphasizes the meaning of high standards, meaningful morals, valuable virtues and priceless values.

In 1997, Ebony Magazine named Stacey one of the outstanding singles in the country.

In 2011, the Tampa Bay Business Journal awarded Stacey with the “Businesswoman of the Year Award/Media Winner” for her dedication in producing positive programming. She hosts the “Just Teens” television show, is proficient in Braille and a University of Kentucky Honor Society graduate. Stacey believes you can achieve any endeavor victoriously: if you prepare for today like there’s no tomorrow.